We have had a relationship with the Neutrons since the very beginning of the club. I can't even begin to name all the awesome people that have been a part them. They are probably one of the longest lasting clubs in the area. When Blue Ash Airport closed, they moved to Warren County (I-68) also. Each of their aircraft are in a brand new set of t-hangars with a clubroom on the end. Instead of me trying to tell you about them, just head on over to their website at www.flyingneutrons.com 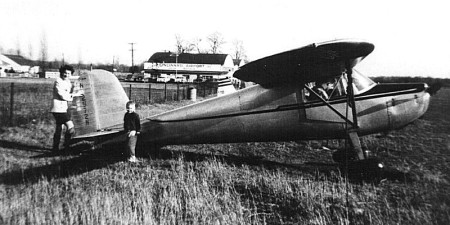 Probably the first Neutron airplane I can remember working on.

An old picture of some neutrons in front of Bonanza N6FN. 6FN was totalled when it's crankshaft failed (new style crank I might add) in Bloomington, Indiana. Luckily no one was seriously hurt.